Skip to content
Join 147 other subscribers
Posted on May 25, 2020May 25, 2020 by Kenneth Reece, Agent of Modern Travel Professionals 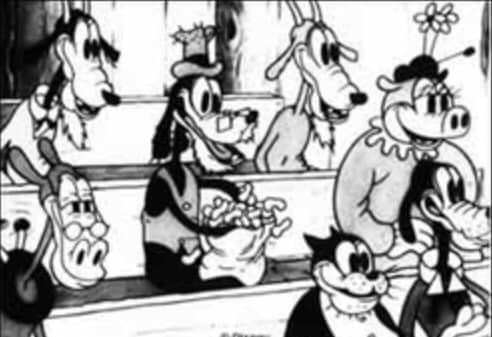 On May 25, 1932 Goofy first appeared on-screen as “Dippy Dawg” in Mickey’s Revue, making him 88 years old today!  Whenever I’m in a Disney park or on a Disney ship, and I see Goofy, I usually stop and take a picture.  He’s one of my favorite characters, and he’s the favorite of my mom and my nephew.

Today, I went around the house and snapped some birthday photos of Goofy.

The first Goofy I found is from Fun and Fancy Free where Jiminy Cricket hosts two Disney animated shorts: “Bongo,” about a circus bear escaping to the wild, and “Mickey and the Beanstalk,” a take on the famous fairy tale. 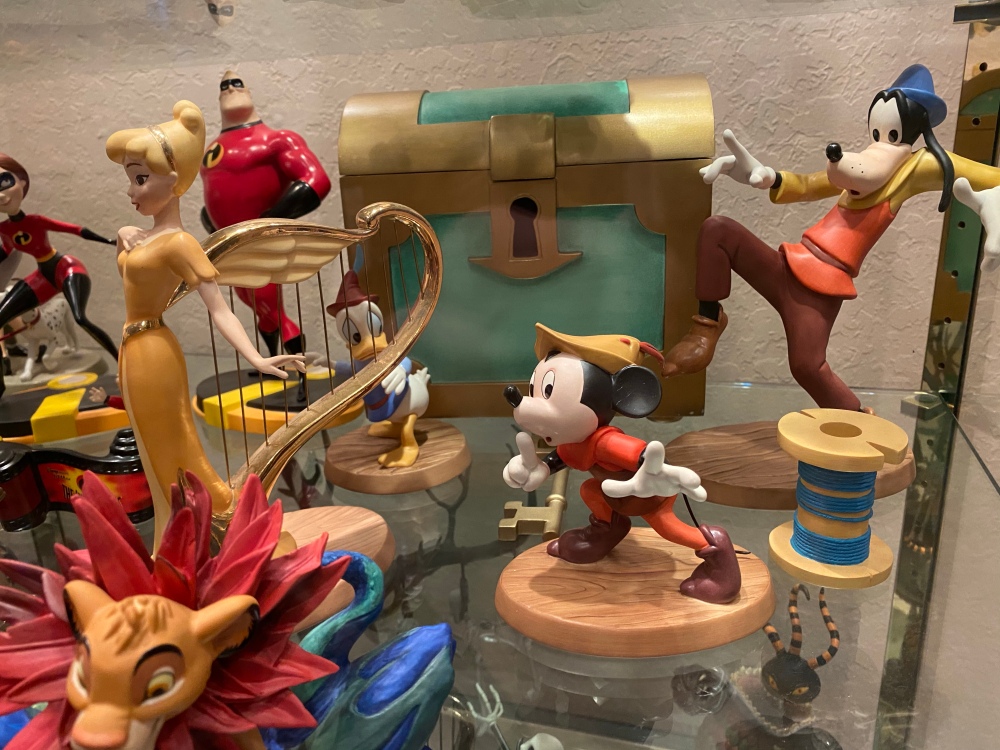 This Goofy was a gift I received while attending the 2001 Disneyana Family Reunion. 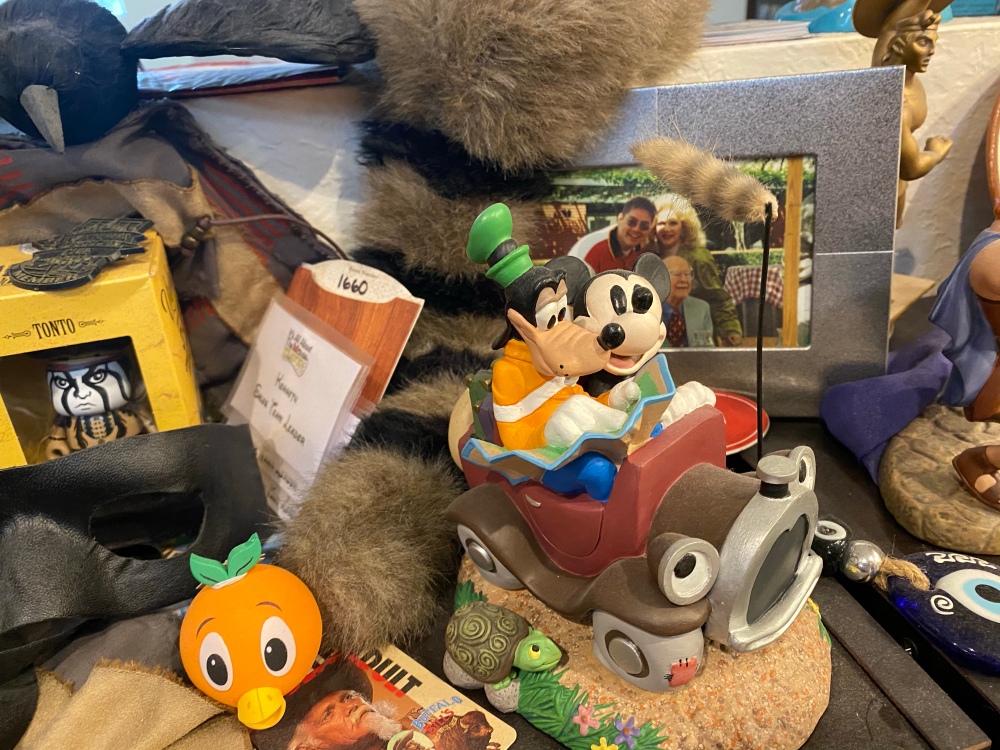 One of my friends, Patrick, sculpted this “Grand Jesters” bust of Goofy in a limited edition. 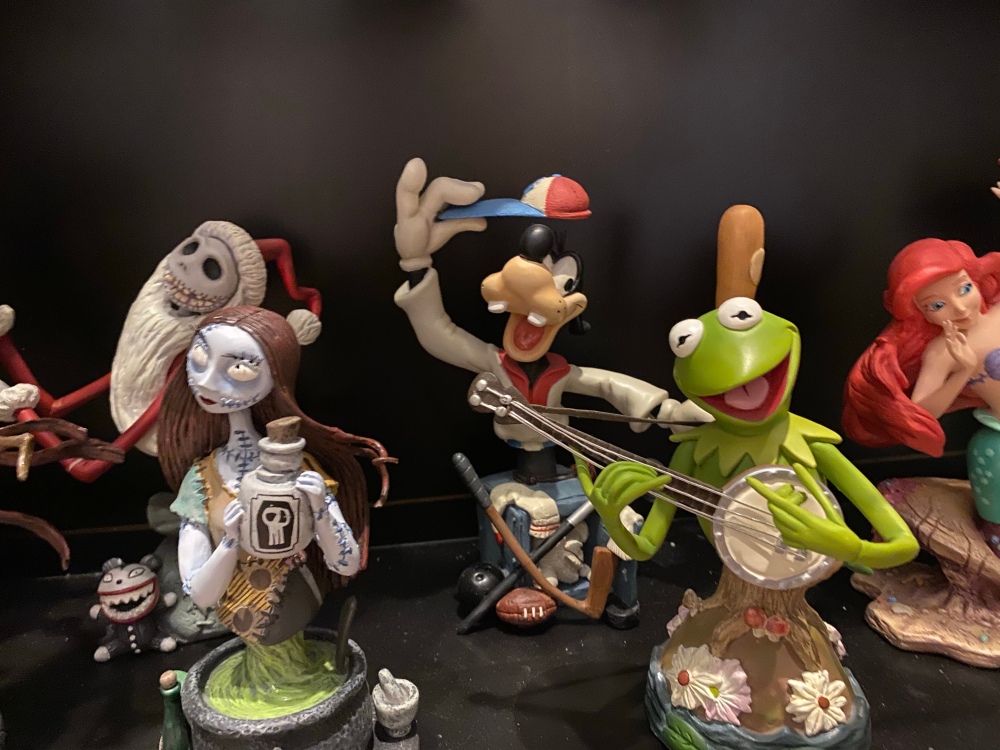 During the 2001 Disneyana Family Reunion, I got to meet five of the original Mouseketeers, so when the Walt Disney Classics Collection debuted their sculptures of the Mickey Mouse Club, I had to get the set! 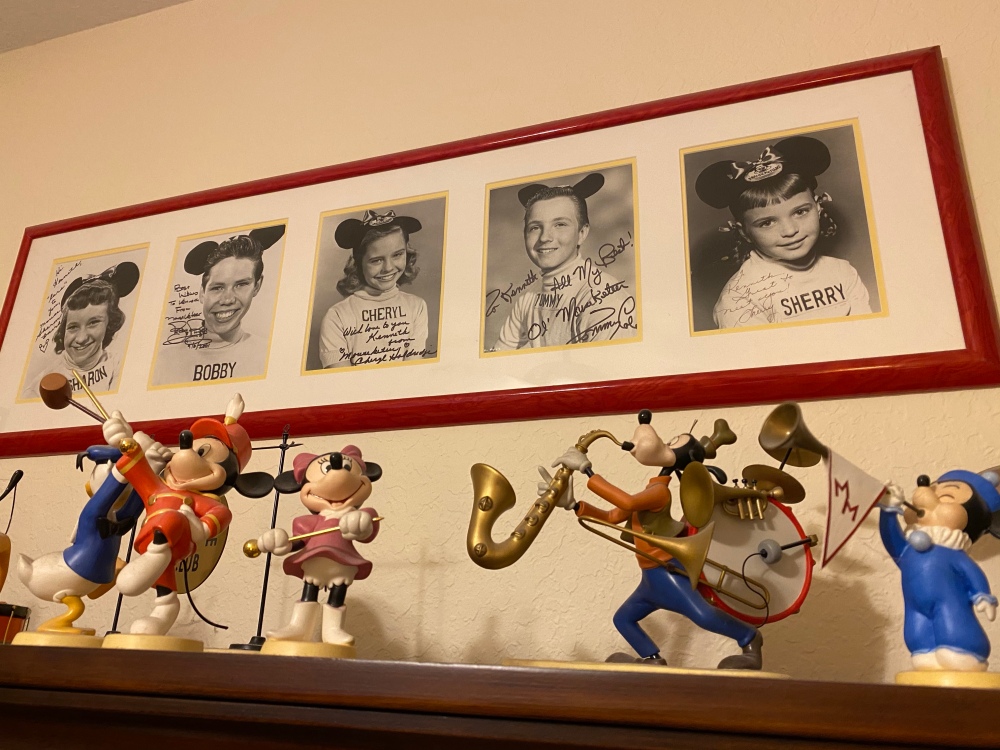 Here’s another Goofy from the Walt Disney Classics Collection, this time representing “Dippy Dawg” from Goofy’s debut on May 25, 1932 in Mickey’s Revue. 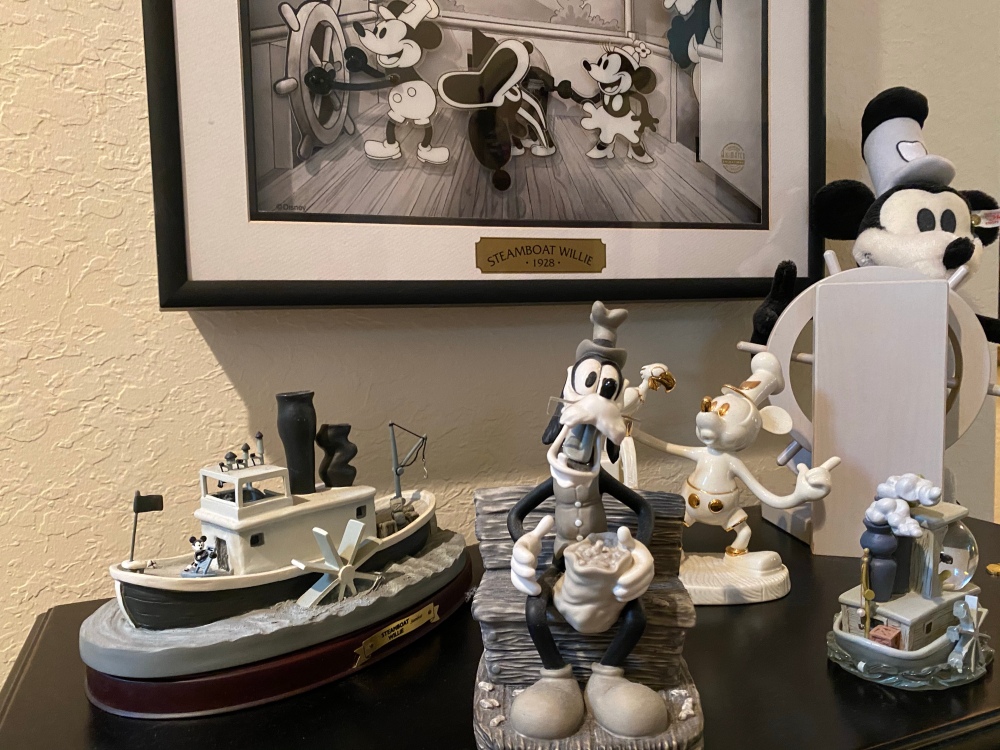 I honestly can’t remember when I bought this Goofy, I think it was during the 2002 Disneyana Mystery.  It’s made in Germany by Goebel (who famously makes the “Hummel” sculptures).  I am waiting until I visit Germany, but I plan to get the original Hummel figurine that this Goofy sculpture was based from. 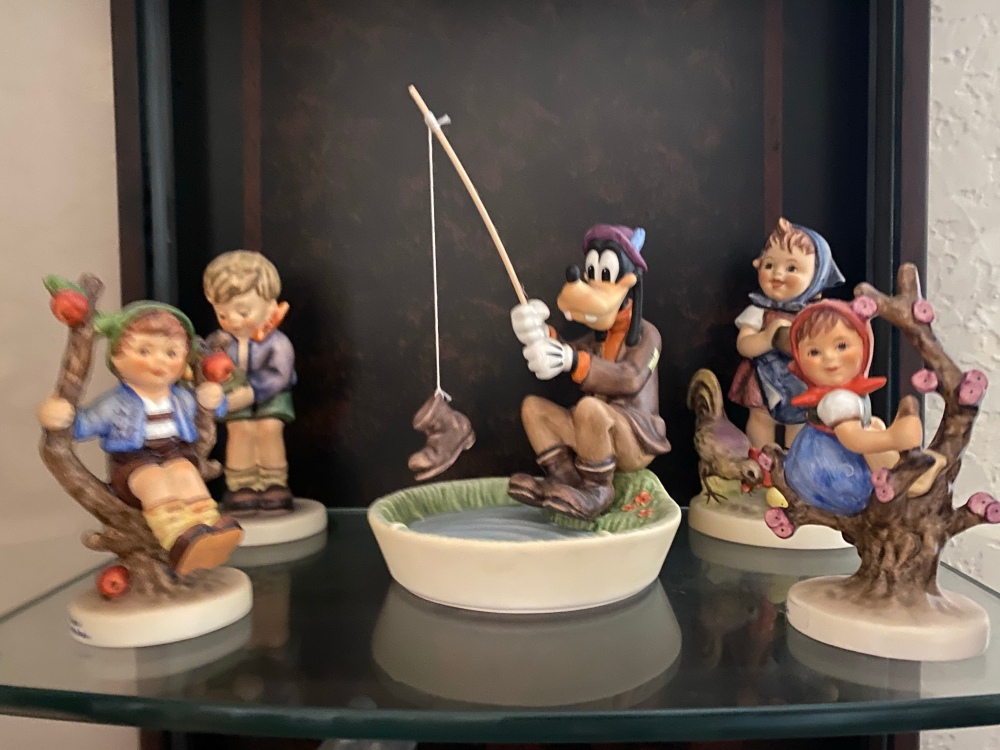 Harmony Kingdom (UK company that specialized in figural boxes — yes, these are all boxes!) made quite a few boxes featuring Goofy.  I have several of them.  (One is pictured twice–it’s “Goofy through the years” and I wanted to feature all of the Goofy’s on the box) 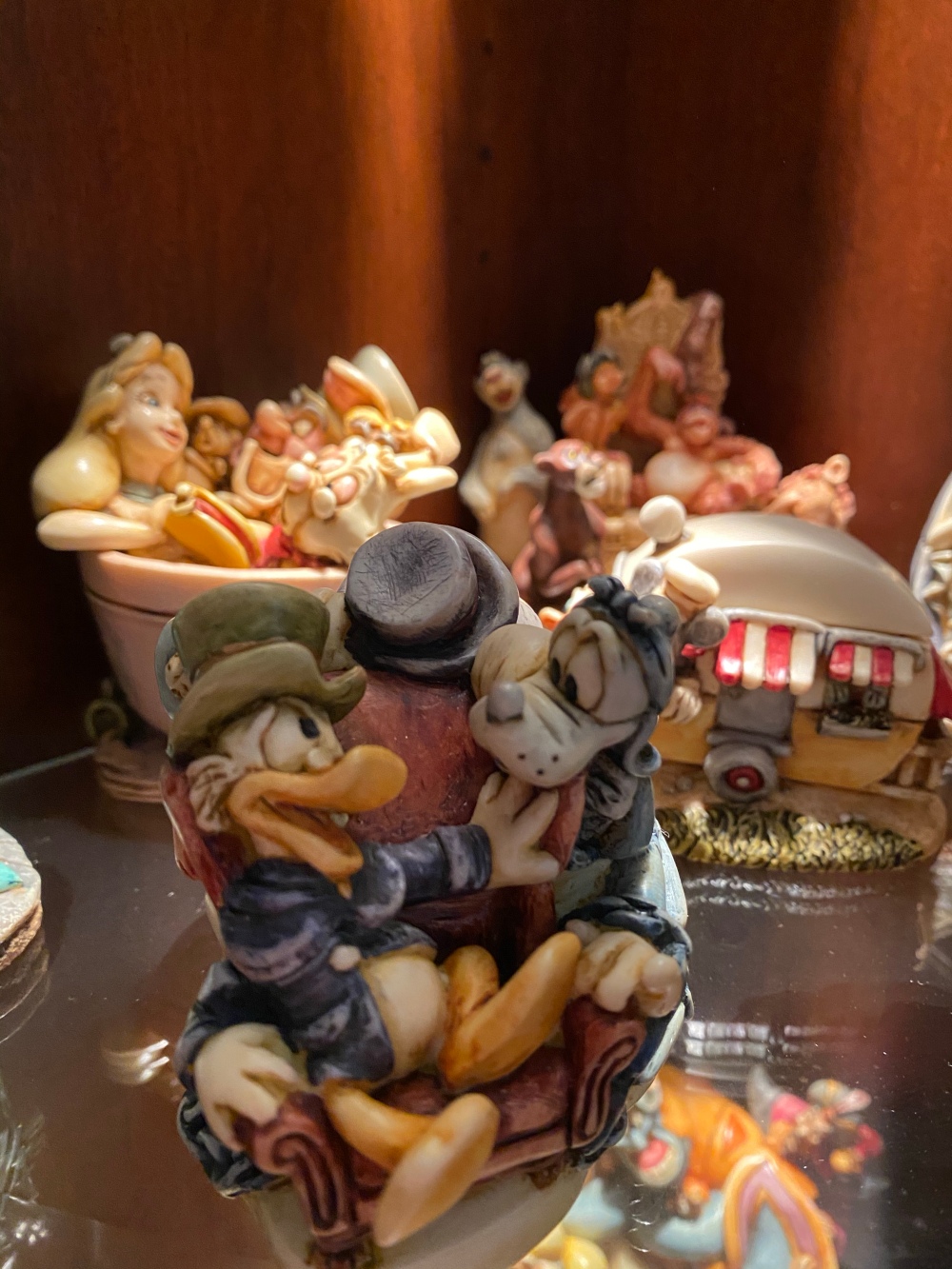 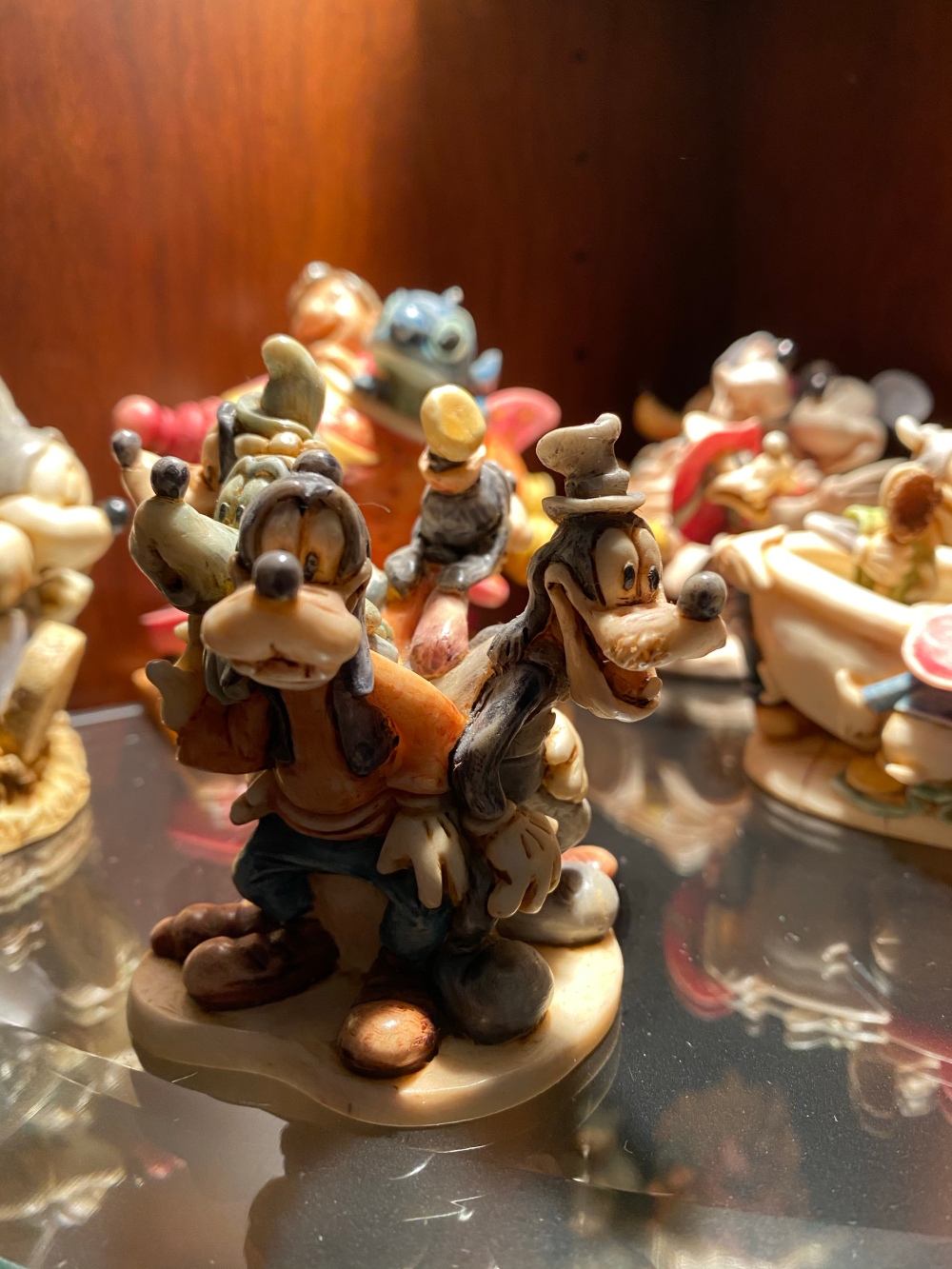 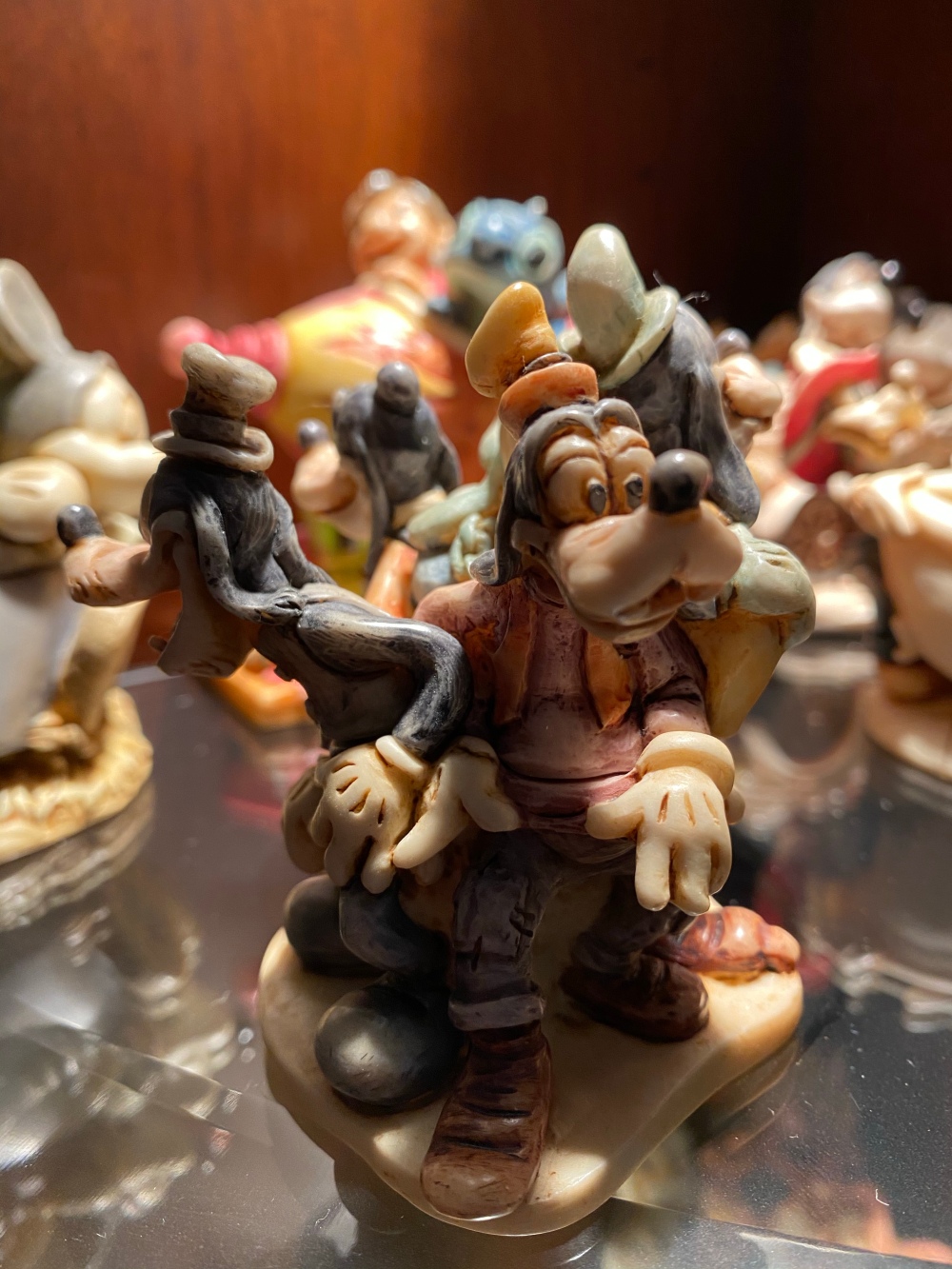 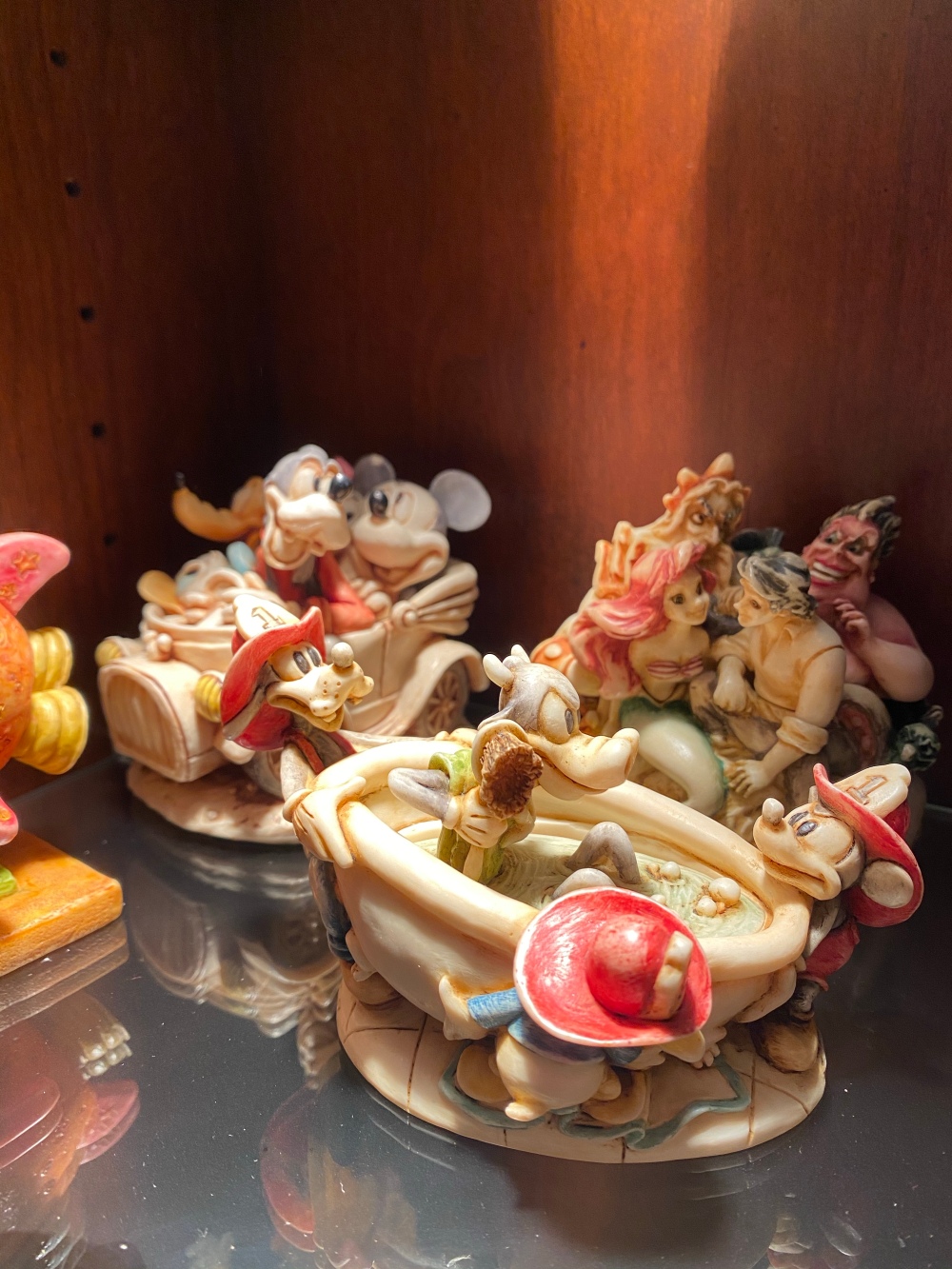 Here, the Walt Disney Classics Collection features the Fab Four from “Hawaiian Holiday”.  I bought these when they came out, knowing that one year I would go to Hawaii and stay at Aulani, A Disney Resort & Spa.  These were my souvenirs of a trip I was planning on taking.  Usually, souvenirs are bought during a trip, but I knew that these would be the perfect remembrance of a perfect vacation, and I was eventually proved correct! 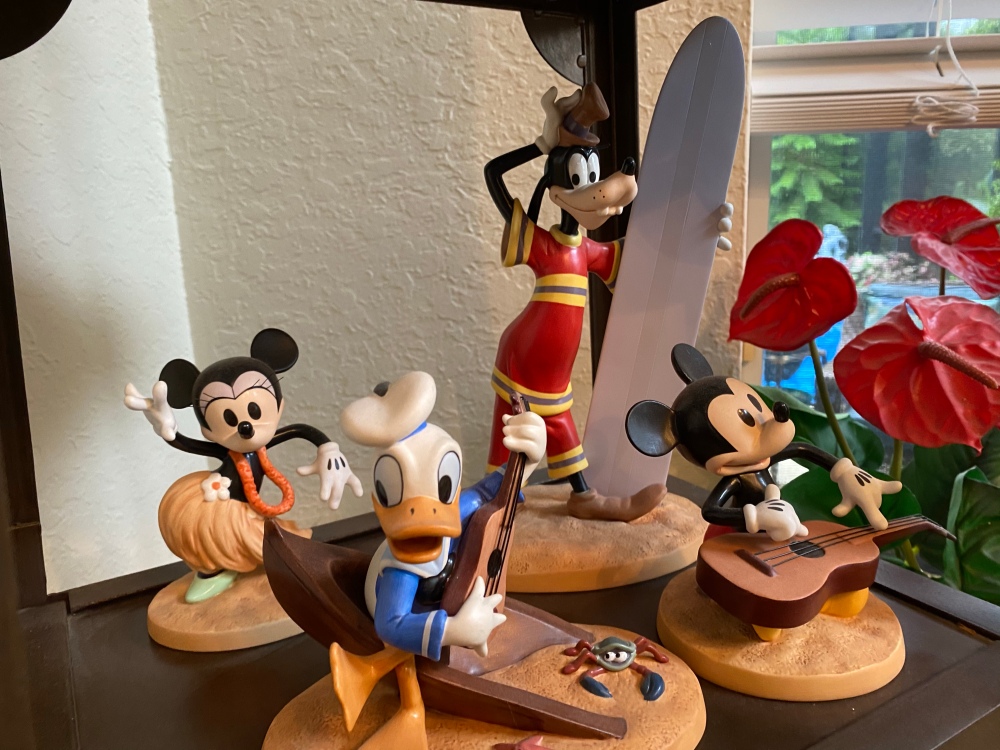 A selfie I took out front of Aulani.  I know I’ve got a picture of Goofy & me at Aulani, but I can’t find it.  Maybe I should plan another visit to my absolute favorite Disney destination. 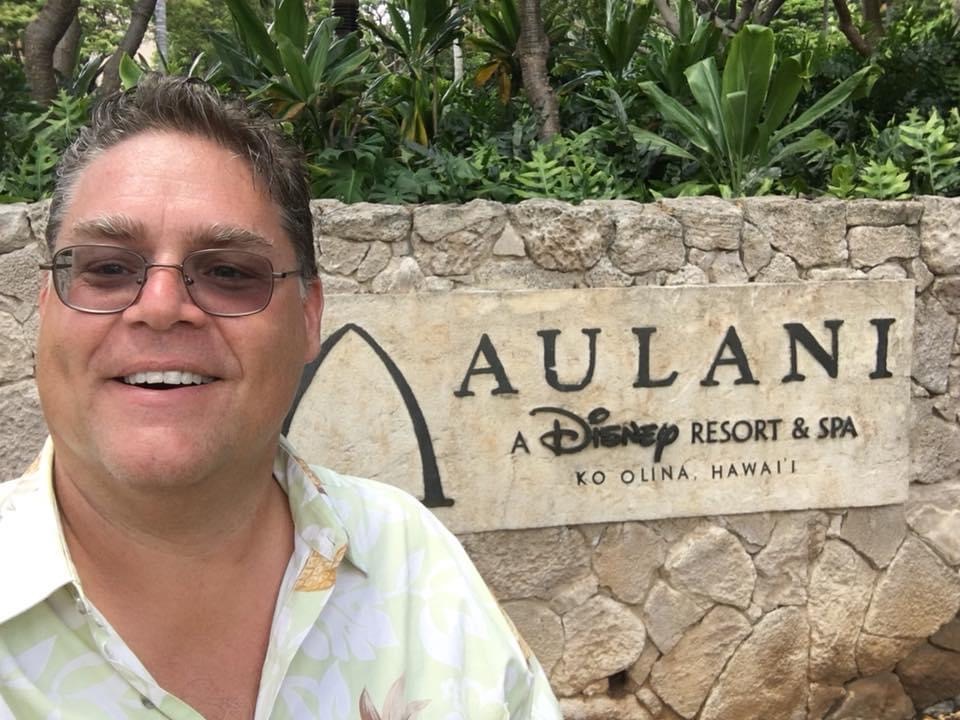 In the kitchen above the cabinets is a ceramic Goofy vase.  The handles of the urn are his ears! 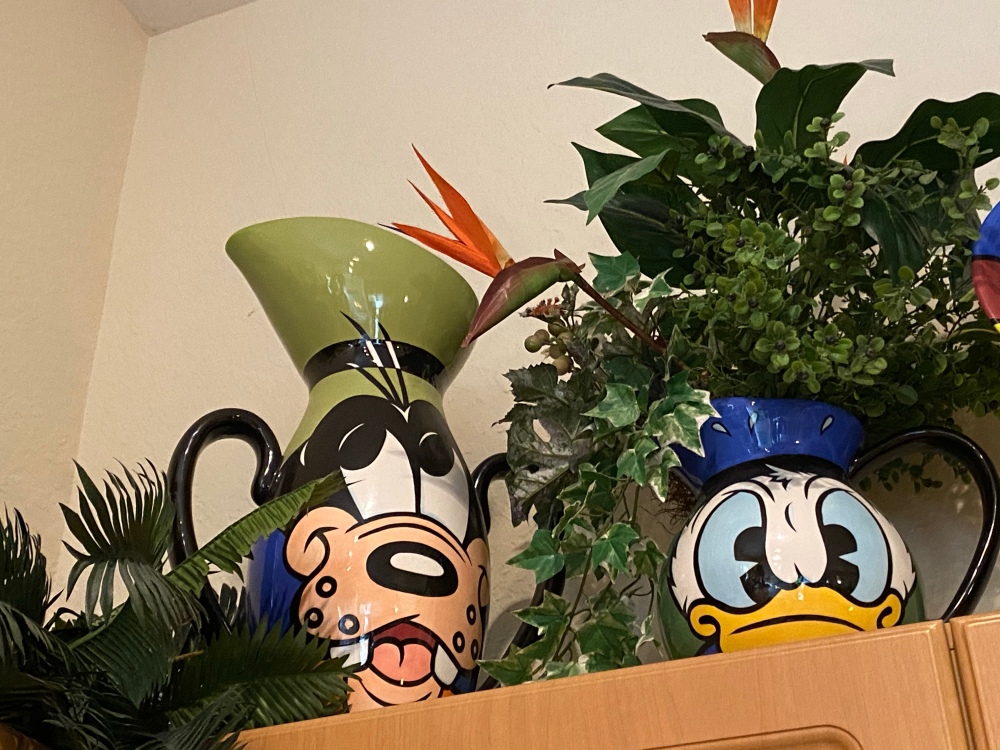 Another Harmony Kingdom box, I believe this was another Disneyana purchase, but I can’t remember.  This one sits on my desk…as you know, I’m a travel agent, and this box reminds me that I should always be looking for my next adventure!  Also in the picture, I have a WDCC Signature Hand Plaque signed by the voice of Goofy (he also does Pluto!).  I met Bill Farmer for the first time at a cocktail party celebrating the 45th anniversary of Disneyland.  That was such a fun party! 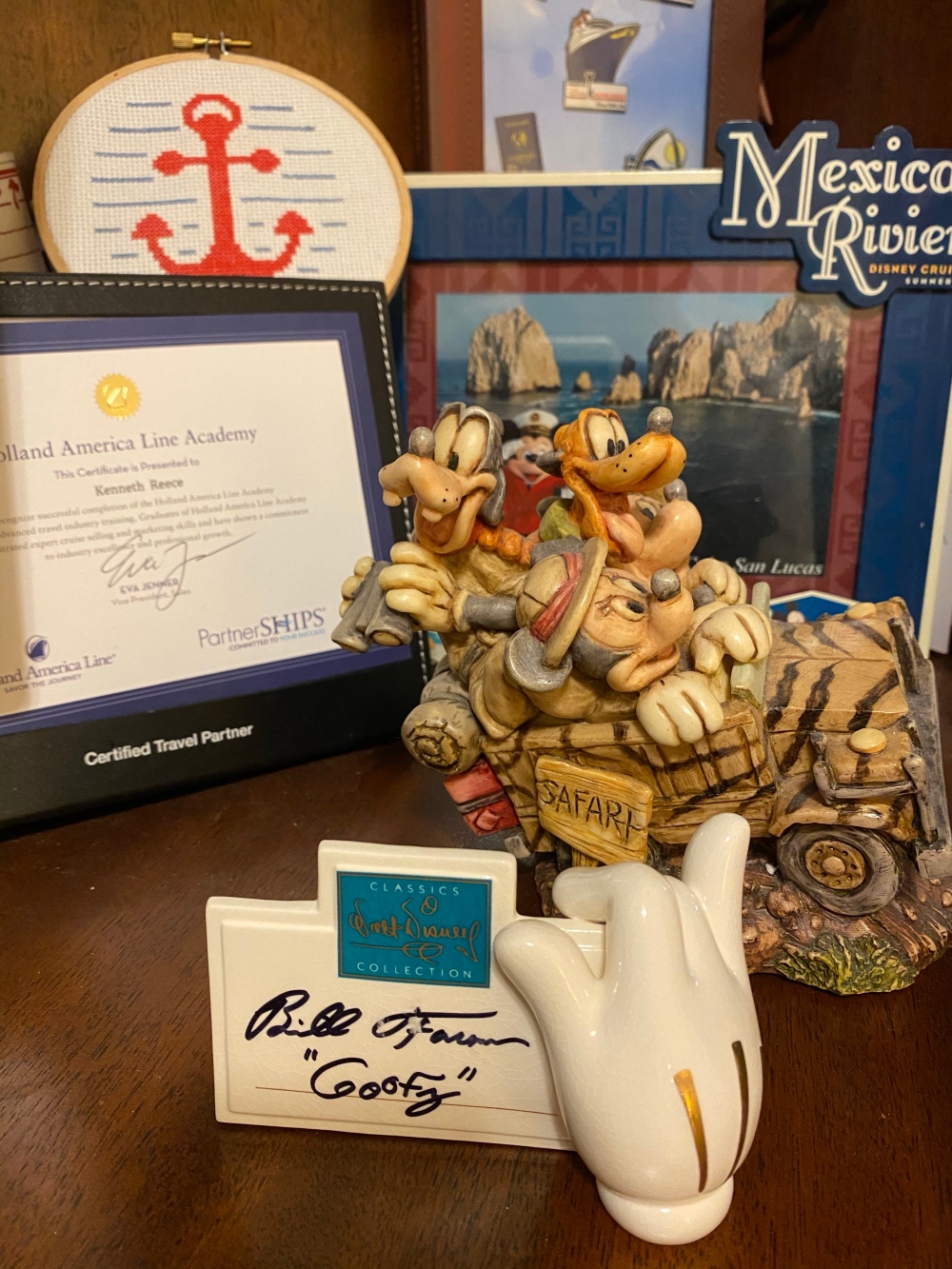 The two pictures below are of the lid, and what’s inside the box.  Harmony Kingdom always “hides” something in the box that relates to the outside of the box.  Since Mickey, Minnie, Goofy & Pluto are going on a safari, the inside of the box features a compass and a shovel! 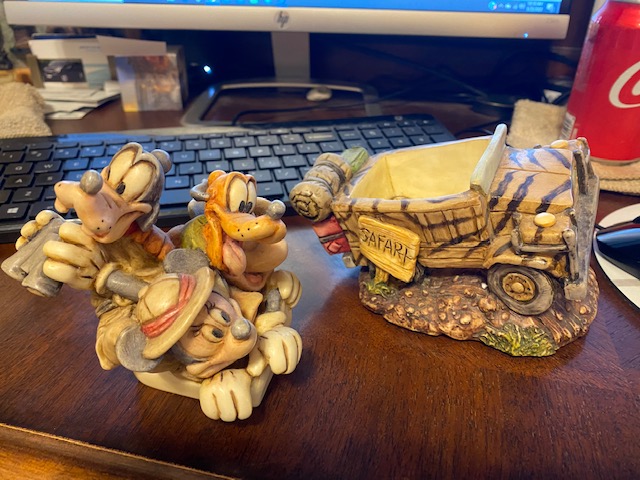 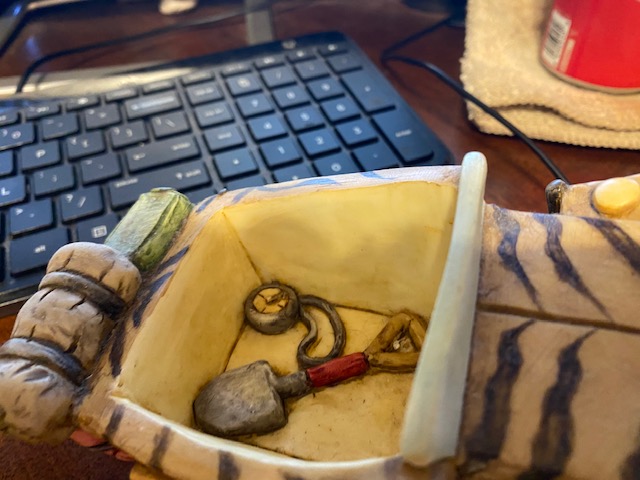 Next, I thought I would share a few of my favorite photos of Goofy & me during my travels.  These are just a few of the many that I have of Goofy.
Here Goofy is wearing his viking costume.  We are somewhere off the coast of Norway on the Disney Magic. 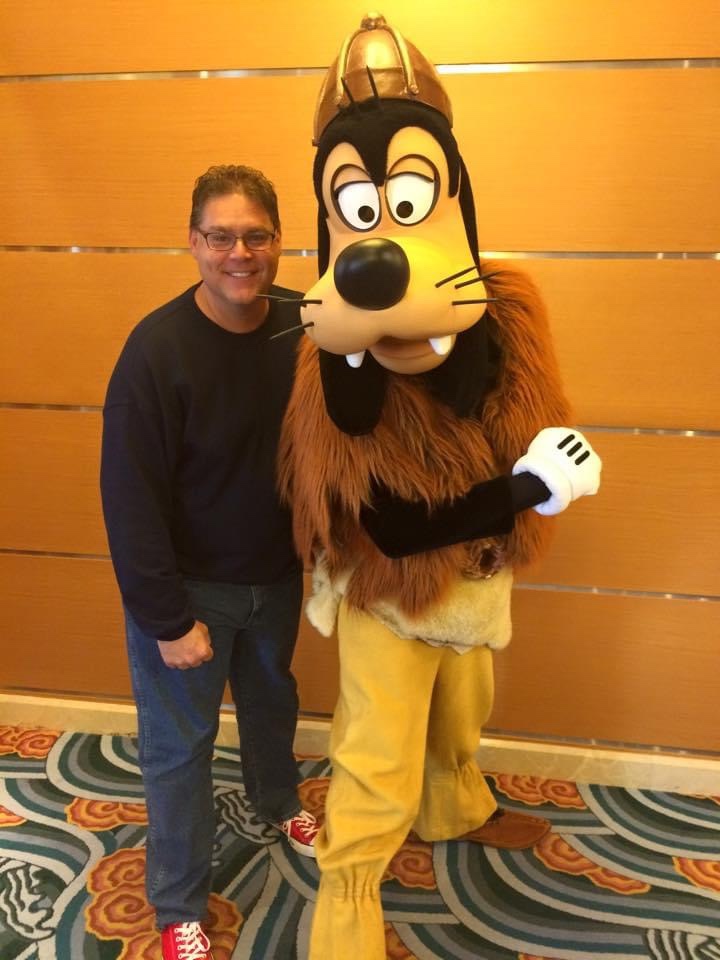 Goofy, me & Pluto on the Disney Wonder as we are getting ready to sail away from Miami. 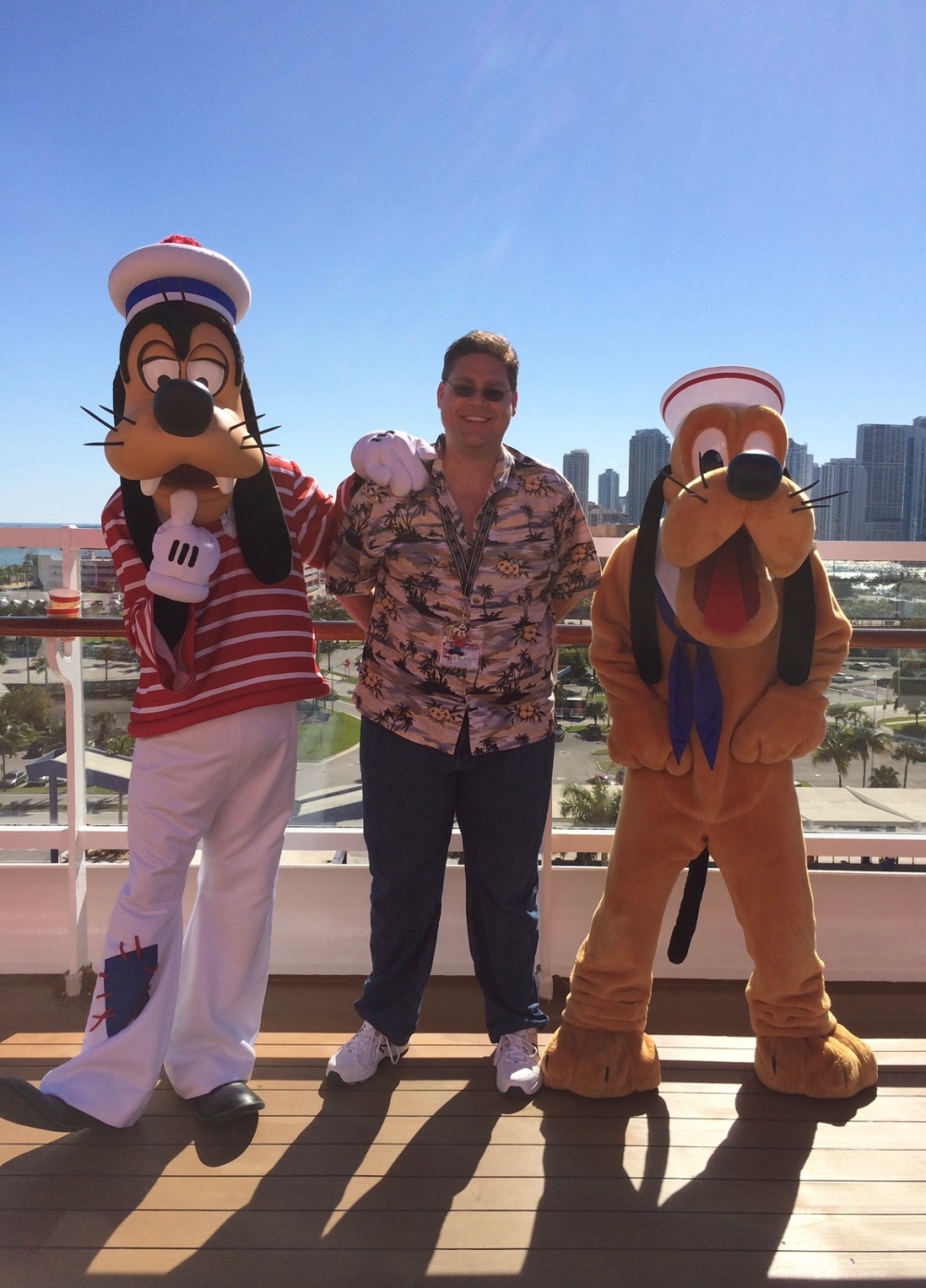 ‘Me and Goofy at “Pete’s Silly Sideshow” in Fantasyland at the Magic Kingdom in Walt Disney World. 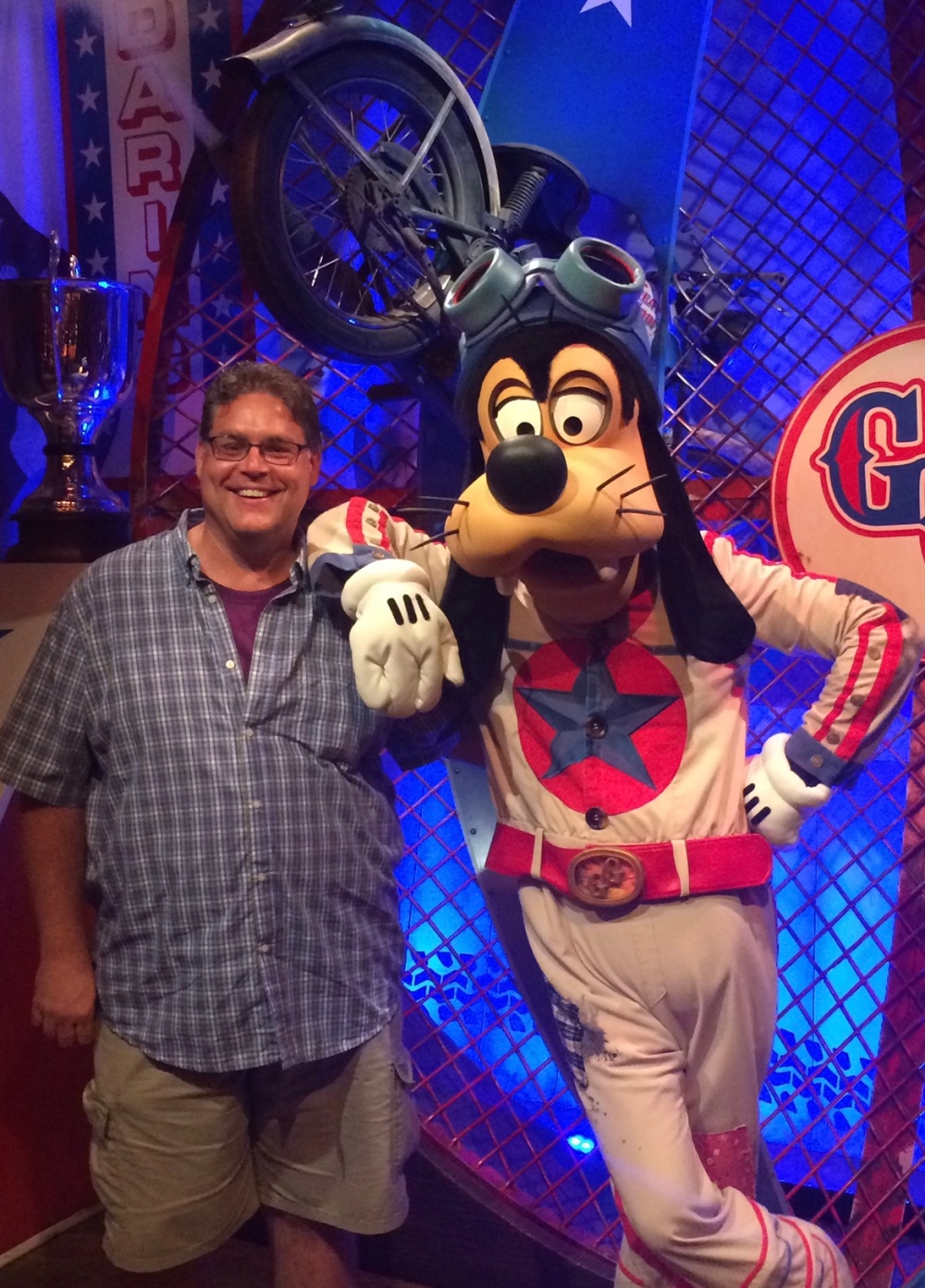 Me and Goofy at Epcot. 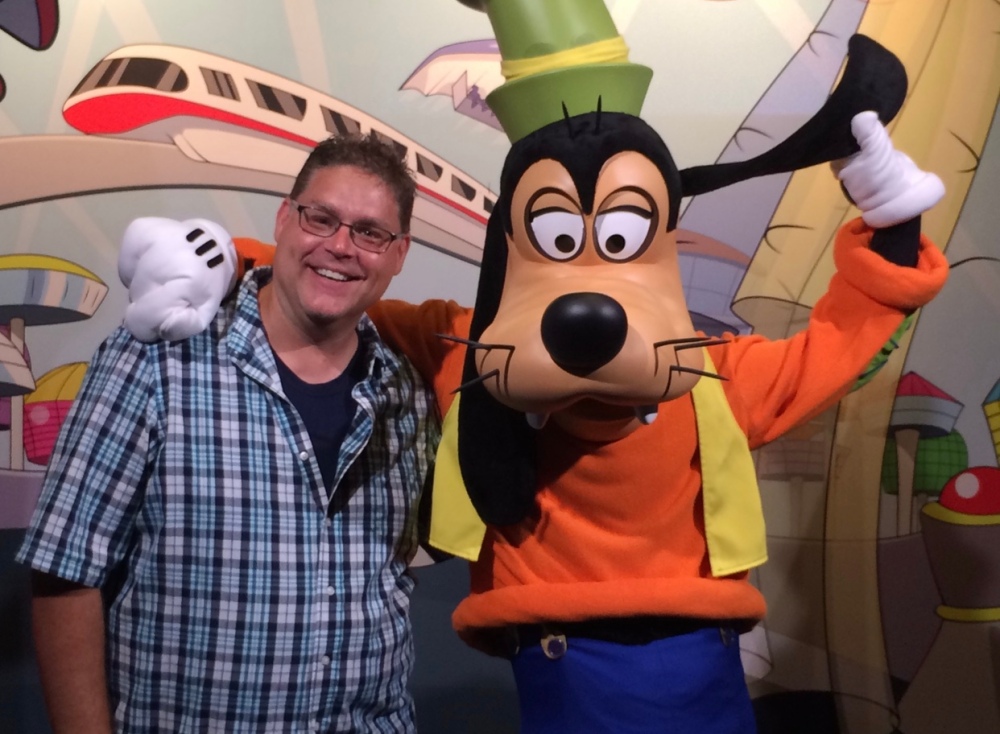 One day I was walking and getting in my steps on one of the Disney cruise ships.  I ran into Goofy who was doing the exact same thing! 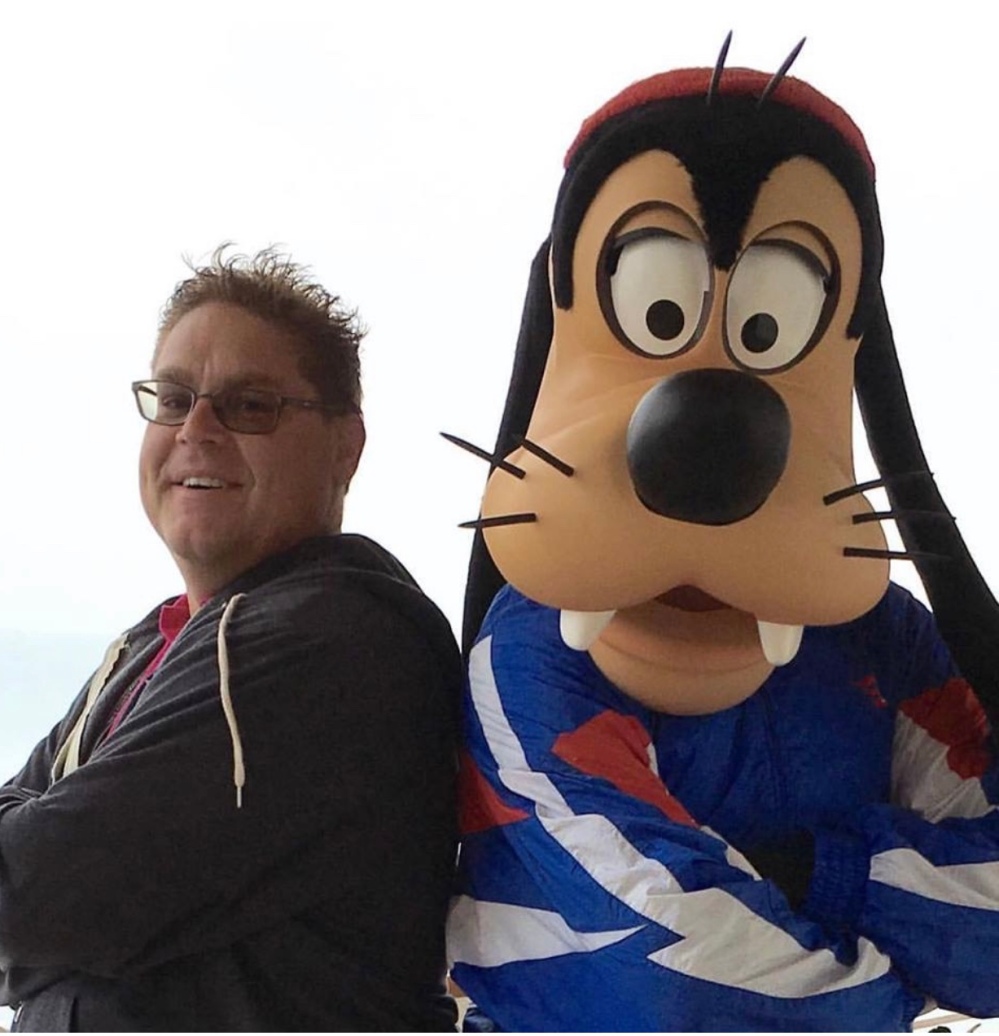 I hope you enjoyed this photo album of Goofy & Me.  I think I may watch “A Goofy Movie” today, to help celebrate one of my favorite character’s 88th birthday.  Goofy, I hope you have 88 more!